The perfect gift for the craft beer lover in your life. 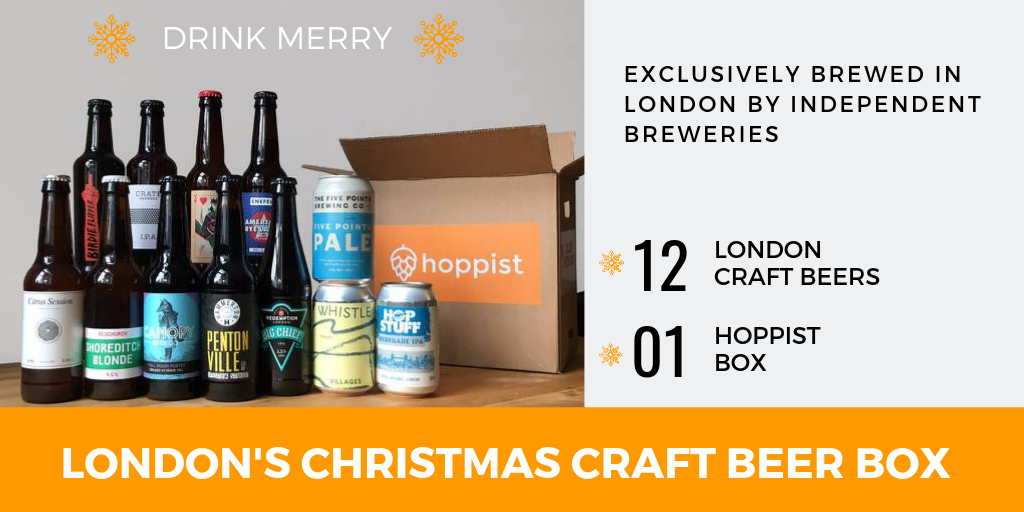 The gift of beer. That's love.

Our craft beer hampers are the perfect gift for a craft beer lover who's always searching for a new brew.

Whether it's a one-off box of 12 or beer for a year, hoppist has your craft beer Christmas needs covered.

At hoppist, no two boxes are the same. We bring the freshest brews and limited editions straight from the brewery.

Every box is filled with a mix of brewery-fresh craft beers from all over London, for example one of our recent boxes included:

Order before 18th December for delivery in time for Christmas.

To keep our deliveries as environmentally friendly as possible, we deliver at the same time every month (on or around the 18th).